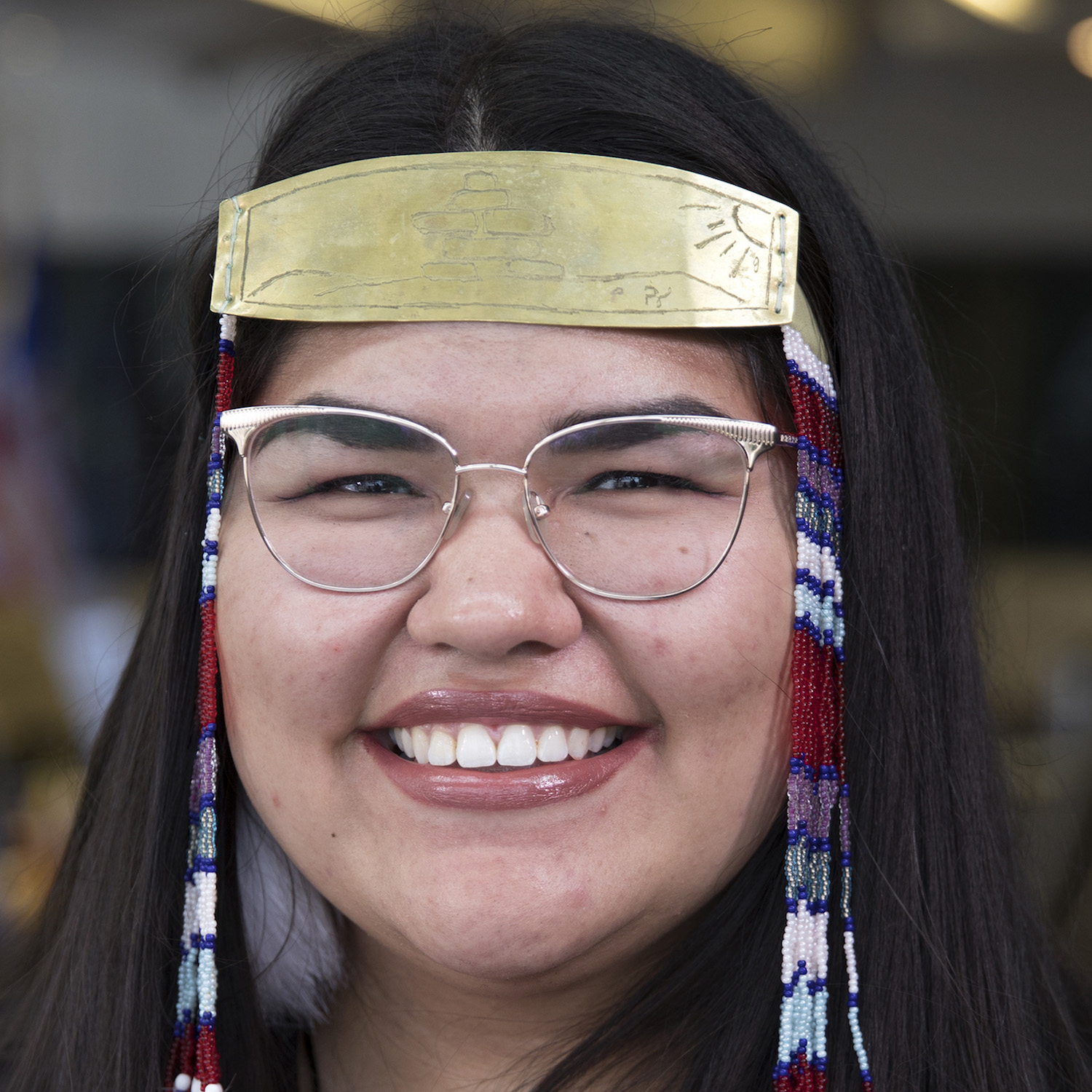 Ashley Komangaapik Rose Cummings is passionate about destigmatizing mental illness and connecting youth to supports and resources. To this end, she has worked with youth across the North with North in Focus, a for-youth, by-youth organization. The North in Focus team presented at the 2017 Arctic Circle Assembly and in 2018, received the Arctic Inspiration Prize in the Youth Category for $20,000 to create a mental health toolkit to be used across Nunavut.

Ashley believes strongly in “nothing about us, without us” and has advocated for greater youth involvement in the decision making process. She has led workshops at Dorchester Penitentiary, working directly with Inuit and Innu inmates to foster a stronger relationship to their heritage. She is also an alumna of the Students on Ice 2015 Arctic Expedition. Ashley is currently studying at Bishop’s University in Sherbrooke, Quebec. When she is not studying, Ashley splits her time between the Yukon and Nunavut.

More recently, Ashley is nominated for the Commonwealth Youth Awards, which will be held March 13th in London, for her work in Good Health and Well-being. The awards recognize and celebrate the achievements of people aged 15 to 29 whose innovative projects are making a significant contribution to their communities and driving change in the implementation of the Sustainable Development Goals.